By a curious coincidence, “None at all” is exactly how much suspicion the ape-descendant Arthur Dent had that one of his closest friends was not descended from an ape, but was in fact from a small planet somewhere in the vicinity of Betelgeuse and not from Guildford as he usually claimed. [...]

Sometimes he would get seized with oddly distracted moods and stare into the sky as if hypnotized until someone asked him what he was doing. Then he would start guiltily for a moment, relax and grin.

“Green ones!” he would reply with a wicked grin, laugh wildly for a moment and then suddenly lunge for the nearest bar and buy an enormous round of drinks. 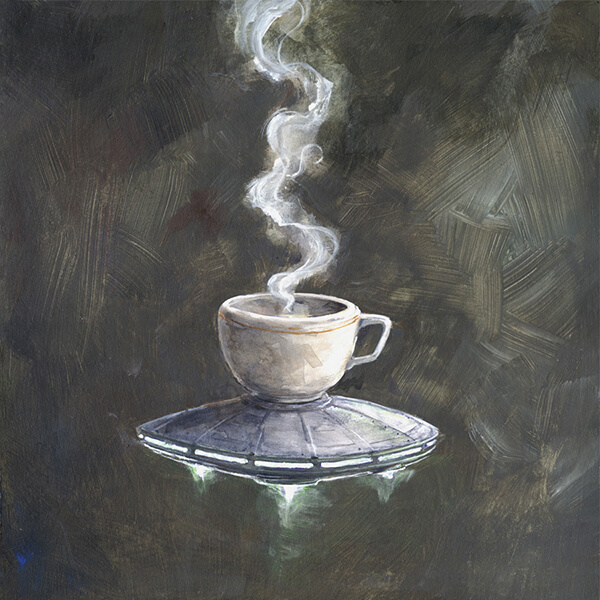