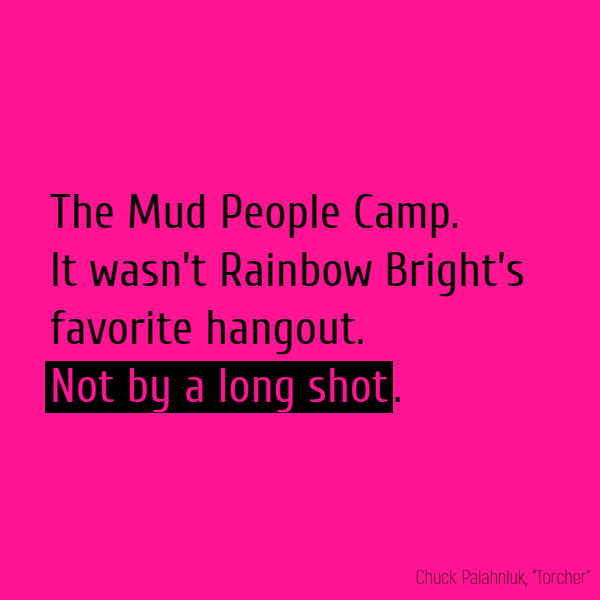 He’d rather spend a full-moon night watching fire-eaters and hoop dancers at the Sad Clown encampment, and he really despised those Sad Clown freaks.

They hadn’t listened to the bit about how pleased and happy Anjie was going to be about the £4.30 everyone had helped to raise toward the cost of her kidney machine, had been vaguely aware that someone from the next table had won a box of cherry brandy liqueurs, and took a moment or two to cotton on to the fact that the yoo-hooing lady was trying to ask them if they had ticket number 37.

I suppose I must have dozed off. I come to slowly and am aware of voices. Waking is sometimes difficult at my age. But as my mind clears, my eye falls upon two tiny men perched on the edge of the opposite seat. One is Freud; the other I do not at first recognize. He has a long, damp, sensual, clever mouth. He wears round, thick-rimmed spectacles, and his black hair is plastered straight back from his forehead. It is, I realize after a moment, Otto Rank. The two stop speaking and gaze at me with clinical detachment. I start up, shaking off the last fetters of sleep, and stumble to the door of the compartment. Rank addresses a question to me in German, but I do not understand him. I flee down the corridor and return a moment later with the conductor, a thin man from Kent. The compartment is empty.

This we may call the second sighting. It demonstrates how profoundly disturbed my uncle had been by Nordau’s ‘therapy sessions’ — disturbed to the point of being terrorized by phantom analysts, and forced to flee for his sanity!